As you probably heard already, Eharmony is one of the biggest dating sites out there, a true household name when it comes to online dating. Since it is one of the most popular dating sites in the world, it really has millions of members. It claims to have roughly 29,000,000 people use it! Most of them are men, around 65%, and it isn’t as inclusive as it should be since it was created by a Christian psychologist who hasn’t had great views about LGBT relationships. It is, since then, introduced an option for gay and lesbian dating, yet it isn’t the focus.

The user base of Eharmony consists of people slightly older than a general population. Mostly, as we talked about already, the dating platform is used by men, and they are in their 30s and 40s since the platform presents itself as a hub for serious dating, maybe even marriage, by providing members with matches based on their personality that is analyzed during a psychological test during signing up. Since you can’t match manually and invite members of opposing (or same) sex to a night of fun, young people usually prefer other dating services.

We often say in other reviews that joining most dating sites is a simple process. Not Eharmony, though. Yes, to start, you can log in through your Facebook account (which is great!), but then prepare to dedicate about half an hour answering endless questions the site uses to create your psychological portrait, so-called persona. You still, as with most platforms, need to provide a valid email address (in case you decided not to log in tto the dating site hrough social media), but then you’ll answer about which shapes you like over other shapes, your stance on kids, do you prefer sunny or moody days – all of this is to make matchmaking “precise,” but more on that later.

How to Create a Profile at Eharmony

Did you get through your list of questions? Great. It’s time to answer more questions. Eharmony provides users who are near the end of their questionnaire with a large page full of boxes to fill in, including your occupation, education, family status, etc. At this step, you should upload a profile picture; the site lets you crop it to focus on the important things. Since this dating platform’s focus is precise matchmaking, we recommend filling out as many boxes as you can so that other users may find you interesting and had a lot of potential conversation starters.

Usually, at most dating sites, you scroll through the list of singles and select the ones you like. Eharmony does it for you. It provides users with several daily matches based on their questions during the personality test and then encourages them to talk to each other. User reviews do not talk about this feature kindly, as people with the same tastes are often incompatible in one way or another, and there is a single thing Eharmony ignores completely – that appearance matters, not only personality. It isn’t such an important character trait to older singles, obviously, but Eharmony taking matchmaking into their own hands is a questionable decision at best.

This is where Eharmony excels. You have several options to communicate with your potential matches – classic chats, voice calls, and video calls. The latter is useful if you live in different parts of the country (or vary because of the pandemic) and would like to meet each other, but can’t right now. As it is common to chat with other members, you’ll have to pay, but more on that in the next paragraph.

Maybe you read out other reviews and found out that the sites often offer a trial period and some short plans – for a week, a month, and three months. Eharmony goes beyond that. It uses its stance and one of the most popular dating sites to provide users with… slightly longer plans.

Premium Lite costs $59.90 per month and lasts half a year, so almost $360 in total. Premium Plus and Extra are cheaper, of course, at $35,90 and $25,90, but the first lasts a year and the second one for incredible two years (so relatively, $430 and $625 respectively). This is when you should start thinking that if a serious dating site like this one can’t find you a match in two years, it should be a bit suspicious.

It’s like a cyberpunk dream come true –artificial intelligence finds similar people and matches us by compatibility. I’ve got several dates, but haven’t found the One yet, but I’m sure I will!

You can’t use Eharmony for hookups, for dates, for anything that is something other than a match that’ supposed to be for life. But all I get are boring guys who want to live in the suburbs with 5 kids…

Eharmony allows me to talk to similar people, and, actually, this is all I need. Some of them have great potential but are more like a bit network of friends.

Eharmony is legit; that can be said for sure, but is it comfortable? For one, the incredibly long registration process may bore some people out of it right at the start. Others may rightly complain about the price, but it isn’t about that. This dating site is the perfect playground for the shy types who want to find a spouse but can’t decide what’s best for them. This is where the AI and psychological tests come to fruition – yes, your match isn’t made in heaven, but on the server, and it puts some decree of trust into it. We would recommend trying it at least once if Eharmony wasn’t so expensive, yet if you are interested in people with who AI would match you, you are welcome to try. 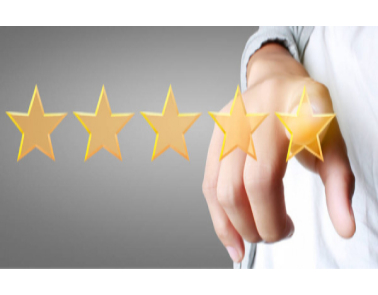